What do we do when darkness wins? 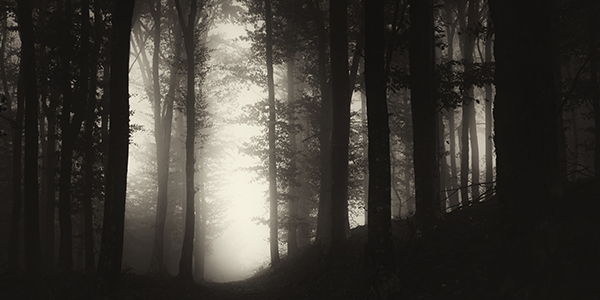 Hatred, misogyny, bullying, corruption, cheating, conning, violence, racism, abusiveness, vulgarity, lying, homophobia, ignorance, cynicism, intolerance, sexual predation, demagoguery, authoritarianism, xenophobia, cruelty, ‘me first,’ anger, and the spewing of hatred are among many other negative values that seemingly have been supported in the 2016 US election. How do we begin to understand how and why so many of our countrymen and women voted for such values? More importantly, now that darkness seems to have won, how do we who want to act—as healers—to begin to heal ourselves, our relationships with others of different views, and our country?

The election results speak to a regressive orientation that threatens not only the foundations of our nation and the values of equality, democracy, individualism, and freedom that have been trumpeted (albeit not always practiced) since its founding. The results do, however, represent the will of the people. Some voters are in very real ways disaffected from what has been the dominant political scene. Some have been harmed by today’s economic realities, and the neoliberal economics discourse that has supported those economics since the Reagan-Thatcher revolution in 1980. Some are perhaps feeling threatened by new demographic realities that auger for significant change as the US becomes more racially and ethnically diverse. Now voters who did not vote for the president-elect equally have every reason to feel disaffected, even frightened. Healing this disaffection and its disconnections begins with understanding what caused it in the first place—and what caused so many progressives to miss these serious elements of discontent. Perhaps tapping into our inner shaman can help.

Shamans, I have written in my book Intellectual Shamans, are healers and people of light. What do we do to tap our own inner shamans, bring light to the world to heal ourselves and our country when darkness is winning? Arguably, we need to tap all of our own healing, connecting, and sensemaking power, the three core tasks of the shaman, and do our own work of healing. Once those of us unhappy with and fearful about the results of the election have finished the mourning that necessarily needs to happen, and once those whose candidate won finish celebrating, we all need to begin to bridge the divides that the election, and the economic and political realities that generated its outcome, have created. Where to begin?

Each of us needs to ask what we can do to begin to heal ourselves from the trauma that this election has caused, no matter on which side of the electorate we sit. Each one of us needs to sit with the discomfort of our new national reality and wonder what we can actively do to make it better in the future. Then we need to act. Not from fear, not from hatred, not from anger or darkness. But from a place of love that seeks understanding. A place of hope that we can find a way to work together. A place of learning and insight that asks each of us what we really want our world to be like—and how we can work together to achieve that world. A place that seeks an economy and society where everyone can succeed.

We need to listen much better, ‘connect’ across the various boundaries and categories that now seemingly almost irreparably divide us. We need to try to understand why so many voters seem to be speaking from a place of fear and despair, or are so desperate for change that they ignored the prospects of continued bullying, misogyny, racism, and xenophobia. Then we need to work together to change the narrative and practices that drive fear and despair. For example, we can work on today’s economic narrative of greed, ‘free’ markets and free trade, and the maximization of wealth —and the economic and political principles that drive us apart rather than pulling us together. Ultimately, it is fear, despair, and consequent lack of hope for a better day that push people to accept values and behaviors that in their heart of hearts they know are unacceptable, particularly since these values certainly do not fit with our historical values and ideas about who we are as a nation.

We who articulate what is happening and how we relate to others need to think carefully about the language that we use and how we characterize people who might have voted differently from ourselves. we need to think about how to make sense of what has happened for ourselves and our children, not to mention for the rest of the world. We need to do so in ways that do not further demonize people different from ourselves—but make clear the need to bring more positive values into reality in the future.

The stakes are high. Many things that many of us as healers value are threatened: health, sensible and necessary action on climate change, civil rights, immigration policy, free press, sensible gun control, the inclusivity of our democratic processes, a woman’s right to choose, opportunity for all, even freedom, not to mention the US’s international. We are all stakeholders to this new political reality and need to bring our best selves to working for what we believe is right and what will benefit our country, for, as David Remnick wrote on November 9, 2016 in the New Yorker, ‘…despair is no answer. To combat authoritarianism, to call out lies, to struggle honorably and fiercely in the name of American ideals—that is what is left to do. That is all there is to do.’