CEOs who seek feedback get a big payback: a boost to the bottom line 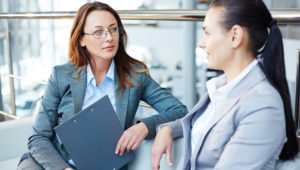 For chief executive officers who want to boost their company’s bottom line, it pays to be humble. In fact, something as simple as seeking feedback from those who work closely with the CEO has important payoffs.

New research by Michigan Ross Professor Sue Ashford indicates that a CEO who asks for feedback on his or her performance from top managers can improve the executive team’s confidence and, through that confidence boost, can improve firm performance. It also shows that such seeking may be a useful substitute for more heroic forms of leadership, such as articulating a vision and bringing it to the group.

“We provide the first evidence that seeking feedback from top management team members is an important avenue through which CEOs can strengthen the team and improve firm performance,” said Sue Ashford, Michael & Susan Jandernoa Professor of Management and Organizations.

Ashford and colleagues developed and tested a conceptual model to explore the effects of more and less humble behaviors when they are enacted at the top of the organizational hierarchy, and then they analyzed responses from CEOs and top managers from 65 firms.

“Feedback seeking is a strategy for leadership available to those who might feel less confident to determine and then articulate a vision for the firm,” she said. “Our findings highlight feedback seeking as a humble means through which CEOs might enhance firm performance.”

Management teams showed more confidence when a CEO clarified his vision or requested feedback on his management approaches. Both were effective. However, for some CEOs and other leaders, being visionary is not a comfortable style.

“Although more research is needed, this finding raises the possibility that CEOs may be better served to employ either a more or less humble leadership style, rather than blending elements of these styles,” Ashford said.

This article was originally published in the Ross Thought in Action