Co-working spaces: Where everyone knows your name

We often envy the remote or freelance worker who saves time commuting and dressing up, but rarely do we consider how many might feel isolated and socially adrift.

New research on co-working indicates that the need for such spaces grows as they make a sense of community and building relationships an integral part of paying the rent, said Gretchen Spreitzer, professor of management and organizations at the University of Michigan’s Ross School of Business.

“We became interested in co-working spaces after an early exploration of the context revealed that people were spending money to work in these spaces less for the workplace itself and more to be part of a community,” Spreitzer said.

Spreitzer and co-authors Peter Bacevice of HLW International, a New York-based global architecture and design firm, and Lyndon Garrett, a U-M doctoral student, analyzed how members of a co-working space build a sense of community through their daily practices. 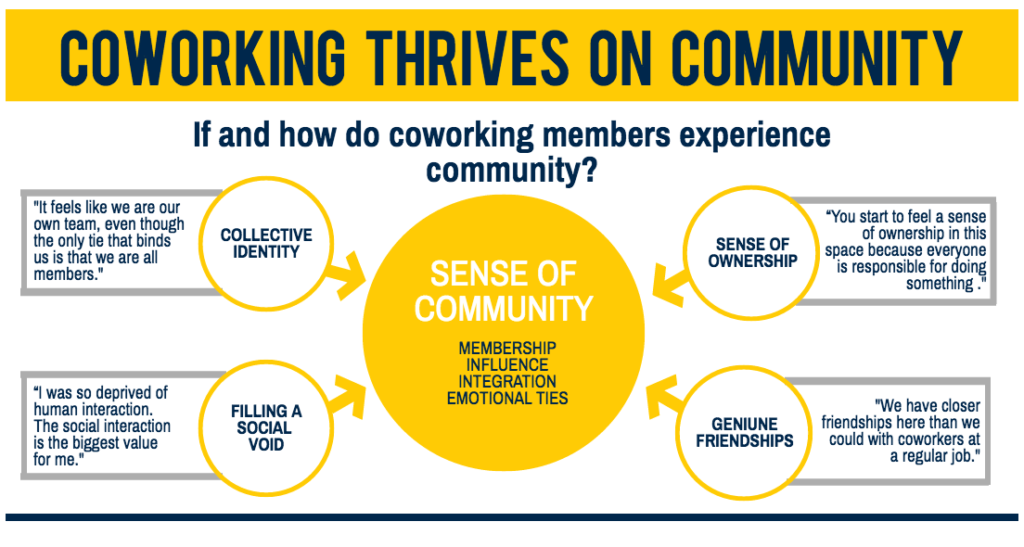 Co-working spaces are membership-based workspaces where freelancers, remote workers and other independent professionals work together in a shared, communal setting.

“Co-working spaces create a stronger feeling of community than most traditional work environments, and we wondered how this happens,” Spreitzer said.

To answer the question about positioning, Spreitzer and colleagues coded a large sample of spaces around the world to understand the landscape of co-working. For community building, they conducted a six-month study of one co-working space including interviews with members and participant observation. Lastly, they did a survey study of multiple members of 20 co-working spaces. 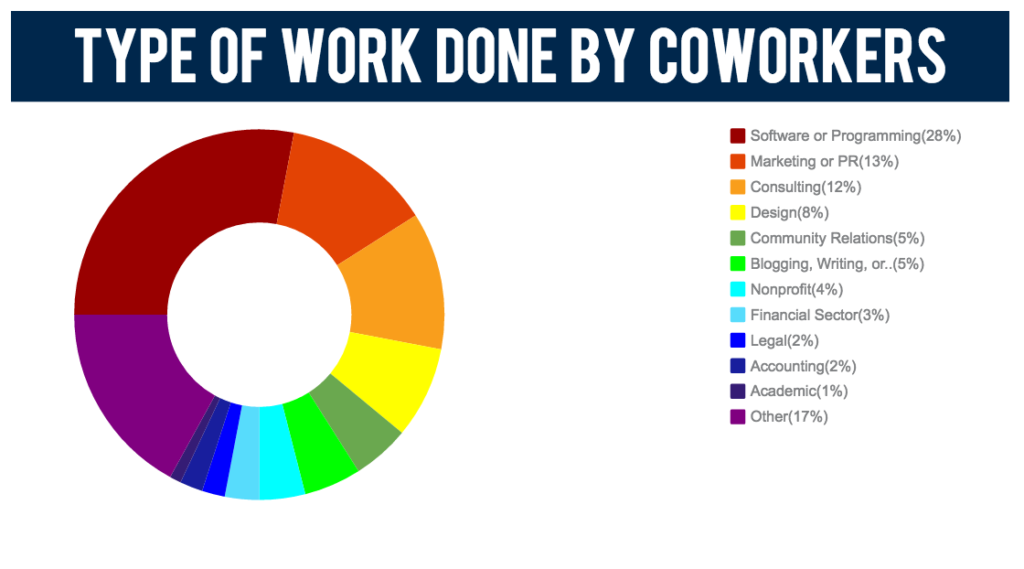 The first realization was that for organizations to foster an authentic experience of community, they should allow it to happen collaboratively and autonomously.

Organizations that want to promote a sense of community may benefit from incorporating certain practices seen in co-working spaces such as:

“The goal should be to create an arena where employees can access the resources they need to build for themselves a sense of community and a climate where they would feel empowered to do so,” Spreitzer said. “Autonomy over how, where and when to work as well as democratic decision processes will aid in the creation of a community feel in a traditional workspace.”

This story was originally featured in Michigan News.