Constellations of Compassion 3 – For Children

This is the third of a series of three articles co-created by the CompassionLab and Soaringwords for children and adults grappling with serious illness. This is dedicated especially to children.

When you are in the hospital it is easy to feel sad.  We invite you to think about constellations and create SoaringConstellations messages and artwork to decorate hospital rooms in children’s hospitals around the world.  Just like constellations have been giving travelers direction, clarity and comfort when they looked up into the night sky, you will become a source of light and hope when you make a SoaringConstellation message and artwork for an ill child.  This kind action will help him or her feel cared for and supported.

Have you have ever looked out your window at the stars? Or have you ever stood outside at night and looked up at the sky?  Recognizing constellations helps us to find patterns in the stars. In fact, the word Zodiac actually means circle of animals, because many of the constellations are shaped like animals.

Here are some of our favorite animal constellations. 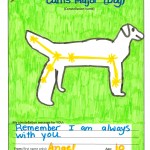 Canis Major, the Greater Dog, is located at the feet of the constellation Orion, the Great Hunter. The single star Sirius (which means dog) is the brightest star in the sky, twice as large as the Sun. It is also the sixth closest star to Earth, 8.65 light years away. Dogs are often called “man’s best friend” because of their loyalty, so we think this is a great constellation to share with an ill child.

Delphinus is the dolphin constellation. Dolphins are really smart and like to play in groups so the playful energy of this constellation is sure to bring a smile to hospitalized children.

Cancer is the crab constellation. This is a useful constellation for hospitalized children to think about because even though crabs are funny to watch as they zip along the ocean, they move very quickly and get things done.

Taurus is the Bull, a good constellation to give strength to a hospitalized child because the bull is tough and strong. 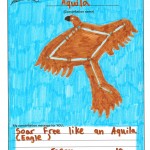 Aquila is the eagle constellation, a high soaring bird.  This is a wonderful constellation to inspire an ill child to let his or her imagination fly above daily hospital procedures and think about adventures in the great outdoors.  Aquila is perched in the Milky Way.

Ursa Major, the Great Bear, is a cool constellation because everyone loves a big bear hug.  An interesting fact about Ursa Major is that it has another more famous constellation right inside of it which is called the Big Dipper because it is shaped in the form of a big dipping spoon.  Everyone likes a big bear hug and the dipper can pour creativity and kindness into someone’s day.

Pegasus is the winged horse who carried Zeus’ thunderbolts. Four stars in Pegasus form the Great Square of Pegasus. Just like Orion’s belt this cluster of stars is easy to find and useful for getting your bearings. 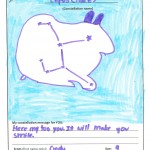 Lepus is the hare (rabbit) constellation located at the feet of Orion the hunter, and right in front of the nose of Canis Major, the hunting dog.  It is a bright crimson star, the color is intensified by a surrounding cloud of dust.  Rabbits are cuddly and soft and their noses twitch in the cutest way.

Leo, the lion, is a group of large, bright stars that was recognized as a constellation 5,000 years ago in Mesopotamia.  Leo contains many bright galaxies.  Lions are regarded as the “king of the jungle” so a lion constellation will inspire strength and courage. 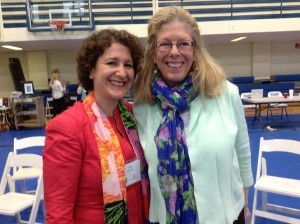 One of the CompassionLab’s community partners isSoaringwords. Soaringwords is a non-profit organization whose mission is to lessen the impact of serious illness by connecting ill children and their families to a community of compassionate volunteers who inspire them to “Never give up!” Soaringwords embraces ill children and families by providing fun, creative and educational activities both in person and online which cultivate joy, hope, laughter and healing.