How to build a culture of generosity at work

Here are six practices to help your team ask for and give more help to each other.

Not long after Jim Mallozzi took charge of Prudential Real Estate and Relocation, the company hosted a convention for their many thousands of sales professionals around the world.

The theme of my first keynote address,” says Jim, “was ‘change and innovation’ while tapping into the ‘positive power of the possible.’” At one point during his address, Jim asked the audience of 3,000 sales professionals to pull out their smartphones. Everyone groaned, assuming they were about to be instructed to turn their devices off. Instead, Jim asked them to turn their phones on. Then he made a request. “Text or email at least one idea about how you could help a fellow professional get a new client, improve a sale, or keep a customer for life.” The text number and email address were projected on a big screen. Jim called for his smartphone onstage, using it to demonstrate what he wanted them to do.

By the end of the conference, a mere 36 hours later,” Jim reports, “the group had generated over 2,200 ideas!” Jim’s large-scale requesting routine was so successful that it soon became a regular practice at the company.

—from All You Have to Do Is Ask: How to Master the Most Important Skill for Success 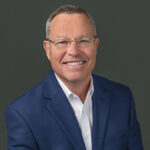 Featured in my book, Jim’s requesting routine is one of dozens of tools and practices I have documented, researched, or developed over the past two decades that accelerate generosity in the workplace.

Each one is based on three fundamental insights. First, the secret to unlocking generosity is getting people to ask for what they need. In the workplace, 70-90% of the help that is given is in response to requests for help. Without requests, little happens. Second, it’s easier to ask for what you need if the “rules of the game” stipulate that everyone asks. Third, participants don’t have to believe the practices will work; they only have to engage in the activities. When they do so, their experiences become the evidence they need to update their beliefs about the importance of asking for and receiving help.

Over time, the practice of asking for resources, such as help and assistance, advice, feedback, and information, builds a culture of generosity. A comprehensive review of research demonstrates the benefits of this kind of culture: People perform better and are more creative; they are more satisfied with their jobs and careers. They have stronger work relationships and are more committed to (and less likely to leave) their organizations. Help-seeking improves team performance and creativity. And companies save money and become more profitable.

Here are some of my favorite practices for creating a culture of generosity, each of which can be conducted in person or virtually.

Be a role model of the behavior you want

Like Jim Mallozzi, if you want others to ask for what they need, you must do the same. I call this the leader’s CHS role: Chief Help Seeker. If you aren’t willing to ask for help, it puts a chill on building a culture of generosity. But if you are, then you will create increased psychological safety at work—an environment where people feel comfortable speaking up and being vulnerable—and others will follow suit.

The leader’s role includes setting expectations about asking and giving help. At one economic consulting firm, for example, the principals tell new hires that they should never work alone for more than 20 minutes on a problem before asking for input and advice from other consultants at the firm. And the leader’s role includes selecting—in collaboration with those who will participate—the help-seeking tools and practices they will implement in the workplace, such as those presented here.

Do the Troika exercise

This is a short exercise created by Liberating Structures where you get into groups of three, face to face or virtually. Each person in turn makes a request using the SMART criteria—for a specific, realistic action, including a deadline and why it’s important—and the other two people think about how they could help. I did this at the University of Michigan for 1,400 people at the same time, and in just a 12-minute exercise, an estimated 75% of participants received help. I have conducted the Troika many times using three-person breakout rooms in Zoom.

If you have a small group, or enough time with a large one, then breakout groups can be larger. For example, I used Zoom to lead a 45-minute Troika-like exercise with five of our executives-in-residence at the Center for Positive Organizations. Each of the five had ample time to present and explain a request, and the group had time to discuss each request, ask questions, and respond with offers of help.

A formal huddle is a weekly meeting held at the same time and on the same day of the week, in person or virtually. For example, one team I know has its huddle at 10 a.m. every Monday morning; people get together in a room or on Zoom, talk about business issues, and then reserve time at the end to ask for help and give help.

An informal huddle can be called whenever anyone runs into a problem and gets stuck. The design firm IDEO is a master of this. When a designer at IDEO runs into a problem, they’re expected to stop, call together a couple of other designers, and brainstorm about a solution.

IDEO has a culture of helping precisely because they have a culture of asking for help, observed Heather Currier Hunt, the senior global director of learning and development at IDEO. It’s the request that brings forth all the natural generosity that exists in the firm, and it’s the huddle practice that facilitates and normalizes asking for what you need.

Have a daily standup

Originating in IT and software development firms, daily standups can be used in any team or group. Standups are a type of meeting where everyone stands in a circle in person (or gathers virtually) at the same time every day. The rules of the game specify that each person address three points: what you worked on yesterday, what you’re working on today, and what help you need.

Standups are much quicker than huddles, take place on a regular daily schedule, and focus only on those three topics. For example, software development firm Menlo Innovations holds a standup each day at 10 a.m. with 60 participants. The entire activity, says CEO and cofounder Rich Sheridan, takes only 12 minutes.

Daily standups can be conducted effectively in a virtual world. Staff at our Center for Positive Organizations now hold their morning standup via Zoom. With everyone working remotely, the standup enables the staff to stay informed, help one another, and connect emotionally.

You can also create reliable channels, other than meetings, for identifying and discussing problems that might require some help to solve.

At one large pharmaceutical company, the engineering team would meet weekly, identify a complex problem they were working on, and write it down on a whiteboard in a public place. During the next week, people who came by could pose a solution, challenge a solution, ask a question, or ask for clarification. The next Friday, they would all sit down together and talk about that problem and the solution, and then come up with the next week’s problem.

The whiteboard is an implicit request for help and input, and it works well because it’s asynchronous. Virtual whiteboards can be used the same way.

I learned this practice from an engineer at a global car company who is the head of two different divisions at the firm. One was racing, which operates on a very short timeframe. Each week, they fix the car and get it back on the racetrack for the next week. The other was advanced engineering, which is always thinking long-term, maybe up to 10 years ahead. This leader held a workshop where engineers from the two different silos got together, set their agenda for the workshop by selecting the engineering topics they wanted to cover, talked about the work they were doing and what they had learned, and asked for and gave help to one another.

Both teams came away with new ideas and solutions to problems. For example, one thing that advanced engineering learned was how to quickly get parts, because that was a problem that had already been solved by the racing team.

Each of these half-dozen practices can be used individually or in combination to create regular opportunities for asking, giving, and receiving. They accelerate generosity in the workplace. By implementing them, you may be surprised at the amount of generosity, knowledge, and expertise you can unlock at work.

This essay is adapted from Wayne Baker’s talk “Is it Really Better to Give than Receive?,” part of the Center for Positive Organization’s Positive Links Speaker Series.