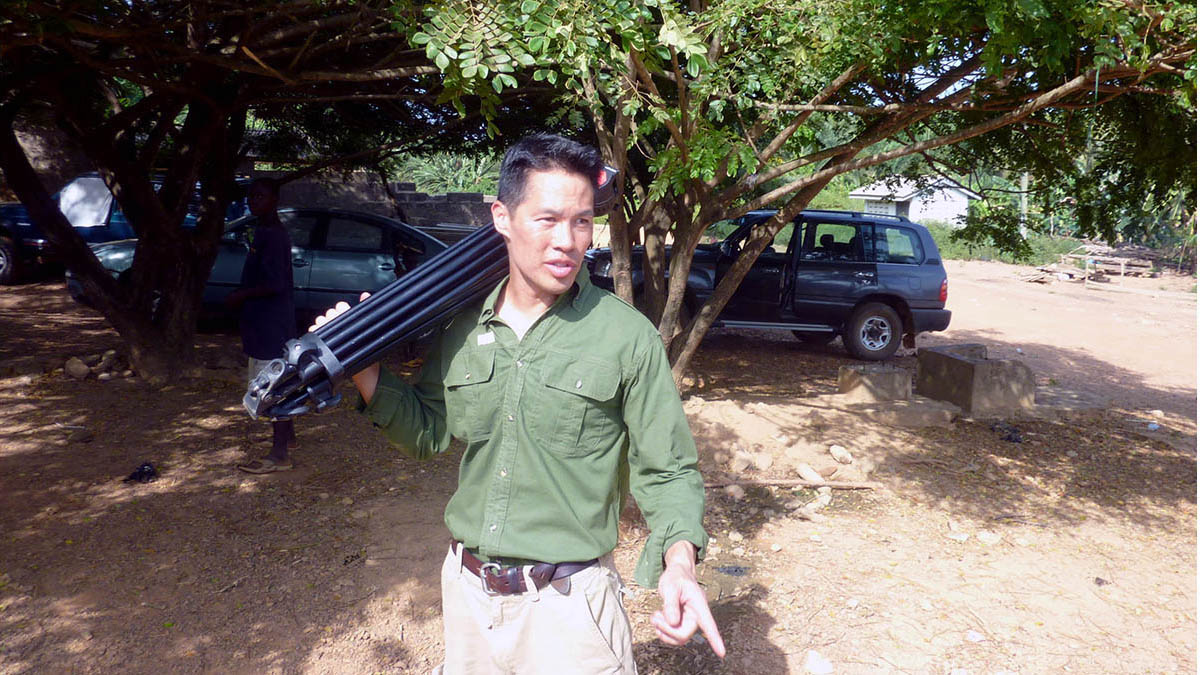 Selflessness is the golden thread that shimmers throughout the tapestry of Richard Lui’s life.

The MSNBC and NBC News anchor put his illustrious broadcast career on the line to care for his aging father after an Alzheimer’s disease diagnosis eight years ago. The experience inspired Lui to write Enough About Me: The Unexpected Power of Selflessness, a practical guidebook for how to live a more selfless life.

Lui, MBA ’01, says his Ross School of Business education, ironically, is what allowed him to imagine he could leave behind his successful business career to become a barrier-breaking newscaster and selflessness advocate.

The California native began his career working with technology startups and, eventually, set his eyes on strategy consulting for Fortune 500 companies. He knew earning a Full-Time MBA at Ross could help him get there.

“Michigan is one of the best schools in the country and my kind of culture,” Lui says. “My kind of culture is: Get it done, hit the ground running, not too much fanfare please, just do the right thing.”

I ended up getting my head broken open by all the big thinkers at Michigan. There were so many ideas. I went there with a specific idea about what I wanted to do and I got changed in a great way that education should do. – Richard Lui, MBA ’01

After graduation, he landed the strategy job of his dreams at Mercer Management Consulting (now Oliver Wyman) in New York City before getting the startup itch again and going to work for a Citibank incubator in Singapore. When Citibank sold the startup, Lui had an open invitation to return to Mercer.

Instead, he did something that surprised everyone: He told his U-M alumni friends in Singapore that he had decided to become a broadcast news anchor.

But his mind was made up. Growing up, Lui loved watching the news and wanted to be like Peter Jennings and Tom Brokaw. He had done a newsletter for his high school Christian camp and worked at the KALX radio station as an undergrad at the University of California, Berkeley.

“I think it was one of those things that was just kind of percolating in the back of my brain. What inspired the openness to explore something that might seem completely out of left field was certainly my Michigan experience,” Lui says. “It gave me such a wide foundation, for one, and then such a hopeful outlook — an open outlook, a practical outlook. Those two together really did get me to become a news anchor.”

Lui included video of himself representing U-M at an Economist international business school case competition in the audition tape that landed him a job with Channel News Asia in Singapore. In 2005, he joined CNN Worldwide, where he later became the first Asian-American man to anchor a national daily newscast in the United States.

‘Remember what the humans are going through’

In his current role as an anchor at MSNBC and NBC News, Lui has covered numerous tragedies — including the mass shooting at an elementary school in Newtown, Conn.; coordinated terror attacks in Paris, France; and protests against police brutality in Ferguson, Mo. His reporting always emphasizes compassion. 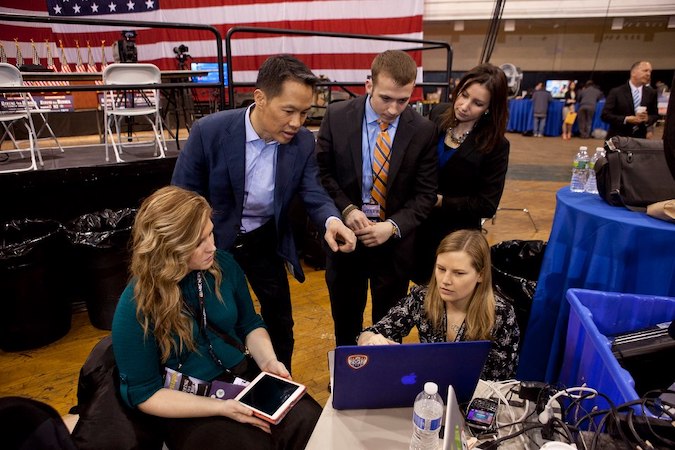 “The key is, even though you’re trying to get the facts right, to remember what the humans are going through,” Lui says. “So, day to day is trying to find out: What are those pieces of humanity that we can bring across to you as a viewer, listener or reader that will maybe open an eye, show something that hasn’t been shown before, put a light on something that doesn’t often get a light on it?”

Lui says the hate, violence, and mass shootings he has covered are indicative of a selfishness pandemic in the United States, driven by a culture and technologies that emphasize individuality and fame over collective well-being.

“Especially me being of Asian descent, in the last year, this whole phenomenon that we’re living through of anti-Asian hate is really shocking,” he says. “It’s not new to the country. It has a lot of threads and connections.”

Selflessness runs in the family

Those threads are woven into Lui’s own story of selflessness. Laws that limited Chinese immigration and birthright U.S. citizenship shaped his family’s history. His paternal grandparents came to the county as illegal immigrants, fleeing poverty in rural China.

“My dad’s side was very, very poor. I never met (my paternal grandpa) because he died when he was 50,” Lui says. “But I figuratively say to him: Thank you, grandpa, for taking the risk. I am not a poor Chinese farmer. I’m a national news anchor and I’m only your grandson. I’m only here two generations after you had that idea. What country can you do that in? That’s ours. I know he took a risk. I know it was somewhat selfish, but I know it was also selfless.”

That same selflessness was evident in Lui’s life when his beloved father — a former pastor, born in San Francisco’s Chinatown — was diagnosed with Alzheimer’s disease. Lui asked his boss in the hard-driving news industry to cut his hours so he could make the 10-hour trip from New York to San Francisco every week to help care for his dad. Lui was relieved and grateful when she gave him her support.

“Through that journey, I realized there’s a lot of people like me that are family caregivers — no pay, no training, and a lot of hours,” he says.

The experience inspired Lui to explore selflessness in his book Enough About Me — and to document the stories of young caregivers throughout the United States in his film, Sky Blossom: Diaries of the Next Greatest Generation.

“Every generation hears from parents that they’re so selfish. The movie tries to focus on young Americans, to say look at these five million Americans that are being selfless,” Lui says. “The book tries to do the very same, but with not just young caregivers, just people in general. I talk about some of the stories that I’ve covered in news that are supremely inspiring. Because for every one of those super selfish killers, there are a hundred amazing, selfless heroes.”

Join Lui on June 8, 2021 as he presents “The Unexpected Power of Selflessness,” part of the Center for Positive Organizations summer series.

This story was originally published in Michigan Ross’ Dividend.