The invisible hand of group leadership 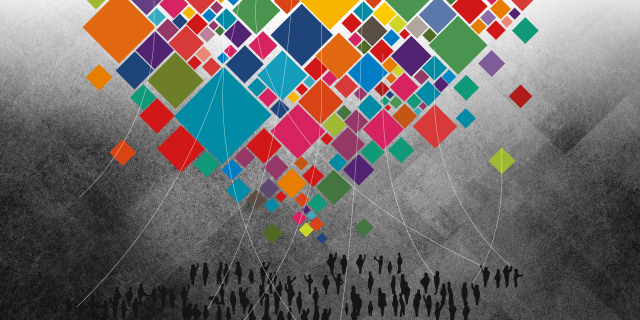 Research by Professors Scott DeRue and Sue Ashford shows how everyday interactions shape group leadership, and why you should spread that leadership around.

Ever work with a group of peers and somebody, seemingly naturally, takes charge and becomes the de facto leader?

Or did your group spread the leadership around, with different members stepping up at different times?

Research by Professors Scott DeRue and Sue Ashford and shows that patterns in group leadership — whether that leadership is centralized  or shared — don’t just happen by accident. Group members’ everyday interactions with each other and their feelings about those interactions determine the pattern of leadership that emerges in the group.

And it turns out a group’s leadership pattern matters. In project groups where there is no formally appointed manager and a centralized pattern of leadership emerges — in which one or two members assume most leadership roles — clients rate the group’s performance more poorly.

Those are key findings in their paper “Interpersonal Perceptions and the Emergence of Leadership Structures in Groups: A Network Perspective,” written with Jennifer Nahrgang of the Carey School of Business at Arizona State University, and published in Organizational Science.

“When we start interacting as a group, our actions and reactions to each other, over time, create a pattern of leadership,” says Ashford, the Michael & Susan Jandernoa Professor of Management and Organizations. “We often think of the leadership pattern that emerges as something we do not control, but our study shows that it is our actions and reactions to others that define how leadership unfolds in our groups.”

DeRue says much of the prior research looked at the amount of leadership in a group but not why different patterns of leadership emerged.

“Most think of the group structure as stable and the leadership fixed,” says DeRue, associate dean for Executive Education, professor of management, and director of the Sanger Leadership Center. “But for groups without a formally appointed leader, leadership roles are open to any and all group members. It begs the question of how and why some groups develop a centralized pattern of leadership and other groups share leadership.”

Strong feelings of warmth drive the group toward more of a shared leadership pattern, Ashford says.

“When you have warm feelings about the group, you identify with it more and you feel psychologically safe,” she says. “If you have a lot of people in the group feeling this way, more people are willing to step up and lead in the group.”

A centralized leadership pattern emerges when members of the group differentiate among members’ competence. This starts a pattern where group members who are perceived as more competent claim leadership and others grant them the leadership role when they step up.

“It’s this system of claiming and granting that reinforces a centralized pattern over time,” DeRue says. “We tend to affirm those who we view as competent when they step up. The other members often feel relieved because somebody stood up and took the risk of being the leader.”

But there are some problems with the centralized approach. First, Ashford and DeRue found that groups with a strong central leader are rated lower by clients than groups that share leadership responsibilities.

The pattern that leads to centralized leadership also creates a dynamic that can keep women from leadership roles.

“Often when women step up to lead it doesn’t get affirmed,” Ashford says. “Women are typecast more with warm traits and less so with competence. So other team members are less likely to affirm them when they step into a leadership position.”

Helping people understand how these patterns of leadership form in groups will enable people to be more aware and intervene for better results.

Ashford and DeRue suggest some ways managers and employees can nudge teams in a positive direction:

“We’d like to know more about why groups that share leadership are rated higher,” Ashford says. “It could be that with more voices heard, more information is shared. We need more data. But we are very excited about these results on how group leadership patterns emerge and the impact on performance. We can be more aware and act on this knowledge.”