Three ways to thrive through crisis 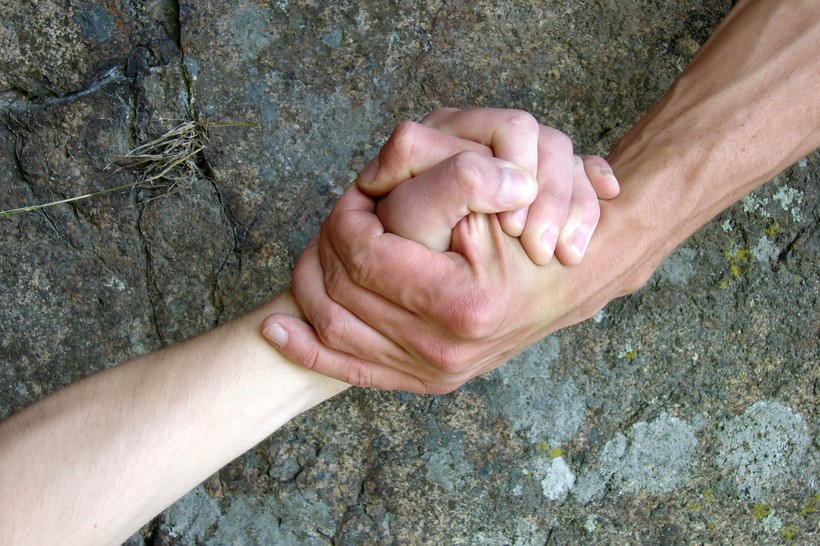 “This isn’t a disaster. This is an opportunity to lead.”

John Broschak, VP of Generation Operations and Compression at Consumers Energy, vividly remembers being taken aside by his boss and given this urgent call to action.

It was the inconceivable scenario. One year ago, on the coldest day on record in Michigan, the Ray Plant was rocked by a large fire that proceeded to spread to other areas of the facility. The plant is the largest compression station in the Consumers Energy natural gas system. Tens of thousands of people were faced with the prospect of losing natural gas if the crisis could not be mitigated. Vulnerable citizens were at risk. The crisis could have resulted in loss of life.

Around the clock, workers raced to save the plant and to ensure that customers would not lose natural gas heating service. It was touch and go. “As we switched emergency shifts and I went to bed that night, I wasn’t at all sure how it would turn out,” admitted Broschak.

What unfolded in the twelve months since the incident has been counterintuitive and instructional. With skill and tenacity, dozens of people coordinated to successfully navigate the crisis. Ultimately, no residential customers lost their gas service and full service was restored to all business customers the next day. And then, a surprise came. Less than eight months after the Ray fire jeopardized the heating and safety of thousands of customers, Consumers Energy was presented with a JD Power award for Customer Satisfaction in the residential gas business.

In navigating difficult times, our networks can never be too strong. Although the Consumers Energy team may not have known it at the time, they had laid the foundation for negotiating possibly the greatest challenge of their lives months and years in advance. Reserves of trust and goodwill had been gradually built in emotional bank accounts, internally and externally. For several years, executives had been visiting key business customers on a regular basis just to build relationships. The goodwill that was built over time without knowing whether it would be needed, in fact proved to be vital.

This philosophy of human relationships is called Generalized Reciprocity. “It is similar to paying it forward,” says Wayne Baker, faculty director of the Michigan Ross Center for Positive Organizations, and author of All You Have to Do Is Ask. “It is not a direct quid pro quo. People want to help because it feels good, it is the right thing to do — but also because they know that they will need help from someone, sometime, somewhere down the road.”

Asking for and giving help is systematically enabled at Consumers Energy. Poppe had made implementing Lean operating processes a top priority when she started her role in 2016. One of the key elements of the “CE Way” involves making potentially problematic issues visible as quickly as possible. The groundwork laid of normalizing problem-surfacing and problem-solving meant that there was sufficient psychological safety to speak truth to power when it was most needed.

January 30th 2019 was the day to call in all of the goodwill that had been built. There was a fierce determination to succeed in the face of difficult odds. As Holly Bowers, Executive Director of Gas Asset Management put it “whatever it took, we were not going to lose the state.”

Know how and when to ask for help

Many of us shy away from asking for help. Many of us worry that we will be perceived as weak or incompetent. In fact, research suggests that those who seek help skillfully are often among the highest performers in the workplace.

The Company went big with their requests for help. Most visible to the general public was their decision to ask residential customers to turn down their thermostats to 65 degrees. In addition to TV and Facebook Live broadcasts direct from CEO Poppe, millions of residential customers received text messages utilizing the State of Michigan’s emergency communication system asking them to turn down their heat in their homes. People responded, adjusting the thermostat down on the coldest day of the year, reducing the demand on the system just when it was needed most.

Yet long before the mass text message went out, myriad requests for help were underway behind the scenes. Such were the relationships that had been built, when it came time to ask for help — in this case asking large manufacturers such as Ford, GM, and Chrysler to shut down production in their plants — they were met with empathy and support. “We know you, and we know wouldn’t ask if you didn’t need this,” was what Consumers Energy executives heard again and again.

Internally too, the usual helping behavior was amplified and accelerated. Although nothing could truly prepare them for the scale of crisis emerging at the Ray Plant, energy companies like Consumers rehearse their response to potential scenarios rigorously to be able to handle emergencies. In fact, the chain of command changes from those responsible for managing day to day business to designated crisis managers through a pre-defined Incident Command System. It requires humility, trust, and teamwork for intensely engaged executives, masterful at managing the day to day of the business, to step back and let others guide the company through the emergency.

In any compelling story, there is a victim, a villain, and a hero. The Ray Plant was cast as the victim of a hellacious cold spell, the coldest on record. The customer was clearly the hero, helping to save their fellow citizens with the action they took.

Heroes deserve to be celebrated — and thanked. Most visibly, Consumers Energy ran a Superbowl ad to say “thank you, Michigan.” The simple, direct, authentic message stood in stark contrast to the glitz and glamor that surrounded it. It struck an emotional chord. In the aftermath of the event, Poppe and other key executives personally went and thanked the largest business customers. Countless companies sacrificed their own productivity to help handle the crisis. This ‘gratitude tour’ deepened Consumers’ partnerships still further.

The way Consumers Energy handled the crisis proved to be award-worthy in the eyes of their customers. In our day to day work, all leaders can learn much from the Ray Crisis. When you are relationally ready, know how and when to ask for help, and follow through with gratitude, extraordinary things can happen.

Consumers seized the (unwanted) opportunity to do the right thing, and for it to be seen by the customer. “Sometimes energy can be ‘out of sight out of mind’ for our customers,” said Brian Rich, Senior Vice President of Customer Experience. “People may only think of energy when there is a problem. We knew that we needed to solve a problem that at the time seemed enormous and insurmountable. But we also knew we needed to communicate with those being affected, and whose help we needed. So much was at stake for them- and for us.”

Chris White is a Faculty Associate at the Michigan Ross Business School’s Center for Positive Organizations, and Principal at Positivius, a consulting firm that enables lasting strategic culture transformation. Chris can be reached at chrisw@positivius.com.

This post was originally published on Medium and LinkedIn.