What Mister Rogers teaches us about moral leadership 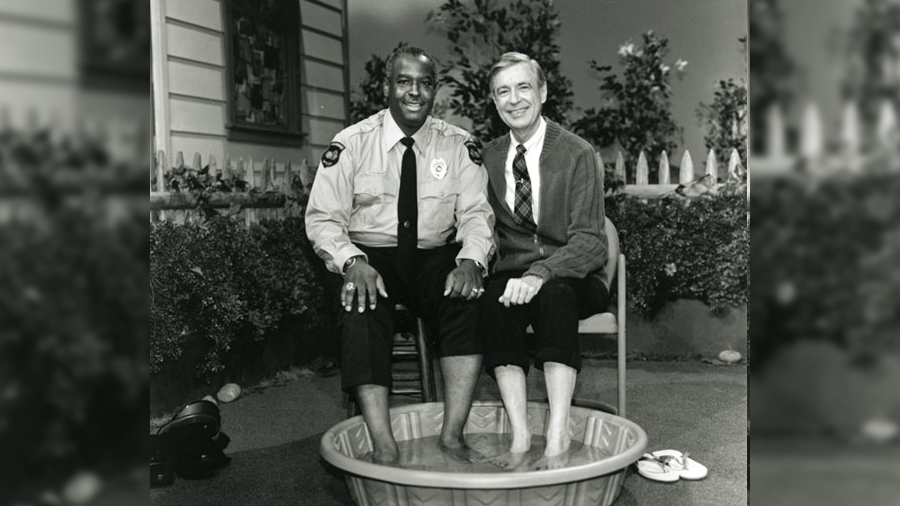 New Documentary Sheds Light on What Many in Business Overlook: The Value of Moral Power

This piece originally appeared on Robert Quinn’s blog, The Positive Organization. It is republished here and on the Michigan Ross website with permission.

This past month a documentary called “Won’t You Be My Neighbor?” about Mister (Fred) Rogers was released.

Documentaries rarely make it to the big screen and do not tend to do well at the box office. After just two weeks, the film has grossed nearly $2 million dollars. There have been lots of articles speculating why it is doing so well. I think we find a central clue from Morgan Neville the director. In making the film, he said he was interested in asking “questions about moral leadership.”

What is moral leadership? Consider this account of a key moment in the history of Mr. Rogers:

In the 1970’s, when Mister Rogers’ Neighborhood was threatened with cancelation, mothers across the country walked door-to-door collecting funds to keep it afloat. No one asked them to. Certainly not Mister Rogers himself. They did it because the thought of him going off the air was so appalling, to them and their children, that they galvanized themselves into action.

We like to think that real leaders inspire others to previously unreachable heights. In this case, the values that Fred Rogers inspired in his viewers drove regular people to exhibit passionate, unsolicited behaviors that led to a very substantial and non-regular outcome… Congressional funding for years of public television.

Moral leadership is tied to virtue.

There are hundreds of virtues, including patience, decisiveness, conviction, humility, self-reliance, unity, engagement, mindfulness, joyfulness, sacrifice, and so on. Moral leadership begins when one person exhibits one or more virtues at an unconventional level. This gives rise to something scientists call idealized influence. The virtuous behavior inspires unconventional outcomes, including regular people exhibiting “passionate, unsolicited behaviors.”

The outcomes include a change in the followers. When a “regular person” follows a moral leader and willingly engages in extremely virtuous behavior producing an unconventional outcome, they discover a newly emerging “best self.” This creates further enlightenment. The follower becomes an empowered and empowering leader.

Consider the words of Thoreau in “Civil Disobedience”: “Action from principle, the perception and the performance of right, changes things and relations; it is essentially revolutionary, and does not consist wholly with anything that was. It not only divides states and churches, it divides families; aye, it divides the individual, separating the diabolical in him from the divine.”

Unfortunately, the leadership industry tends to be oblivious to moral power. As a result, the upper echelons of most organizations are filled with managers who are called leaders because they hold a position of authority. Most are not leaders; they are managers. The developmental emphasis is on knowing and doing. This does not turn managers into leaders.

This has troubled me for years. I spent last summer creating a video course designed to create moral leadership called “Becoming Who You Really Are.”

We shot one hundred 3-5 minute videos. Each one is a story that captures some element of positive leadership. You watch one video each day and then you answer three questions designed to help you practice disciplined reflection of the “principles” of leadership. You do this with a cohort and share your insights with each other at regular intervals. You become a community of virtuous leadership development.

The course is new, but one of the participants, Deepak Bhaskaran, reached out to me and shared his experience.

Deepak is the Director of Quality Assurance for a company named Duo Security based in Ann Arbor, Michigan. When Deepak talked about his company I could feel his passion. He made this statement about his company, “We are Duo, and diversity is our strength. Our team is our secret weapon. We’re a crew of makers and builders, skaters and coders, filmmakers and DJ’s, teachers and students, all brought together by a shared belief in adding value to the world. From our CEO down, we emphasize hiring for culture addition instead of fit, to make sure diversity stays our core strength.”

He went on, almost breathlessly, to tell me why he had moved from his home and his job in Atlanta to relocate in Ann Arbor with Duo. His long list of virtues included a first interview with the company where he felt listened to and understood.

Deepak talked about the freedom he feels to choose projects. He shared something they do called “Duo Circles.” You can suggest and take ownership for one of these circles that include gender, faith, and the one he manages – the global perspectives circle. Each circle is given a budget and he used his to help others understand what it means to be from a different country and culture. How behaviors your colleague might exhibit or things she might say don’t mean what you think they mean if you understand her culture.

Deepak coordinated a visit from a group of high potential employees from Saudi Telecomm to Duo Security recently. The STC employees were hand picked as future leaders and for the first time the group included Saudi women. Deepak realized there could be great benefit in meeting other successful women, and put together an event. The STC employees heard about the experience of women leaders at Duo, their challenges and how they solved them, and vice versa. Both the STC and Duo employees had the chance to each make at least one high quality connection to a different culture and company.

Another perk Duo offers is $2500 per year to each employee to take whatever training they want. Deepak searched out programs at the University of Michigan, which eventually led him to my 100-day course. He told me that one of the videos during the third week of the program particularly impacted him. As he watched, it finally clicked that managing is the day-to-day, task-oriented work, but leadership is providing purpose and vision. He thought about this and these questions, “How do you empower people? How do you make them better and create leaders?”

Deepak then met with his people to get their input on what the team’s vision meant. Together they decided to turn that discussion into concrete actions. They had a shared perspective and more buy in. He told me, “The effects of this program will be far reaching as I think not just about myself but how to set up future leaders in the company.”

Mr. Rogers was a regular person who became a moral leader.

Deepak is a regular person rapidly turning into a moral leader. My desire is to help everyone on this planet to become a moral leader. I close with an observation from Fred Roger’s speech when he was inducted into the Academy of Television Arts & Sciences Hall of Fame in 1999:

“But how do we make goodness attractive? By doing whatever we can do to bring courage to those whose lives move near our own — by treating our ‘neighbor’ at least as well as we treat ourselves and allowing that to inform everything that we produce.”