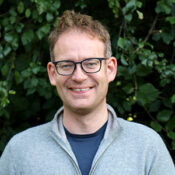 Dr. Felix Warneken investigates the foundations of cooperation and morality in human development and evolution. He has conducted seminal studies that combine developmental methods with children and comparative methods of nonhuman primates. He is Director of the Social Minds Lab at the University of Michigan and co-Director of the Culture and Ontogeny Research Initiative.