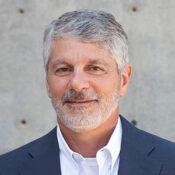 Rich is a servant leader, advisor, philanthropist, husband, father and friend. From 1994 to 2019, Rich led American Innovations (“AI”), a provider of hardware, software and services that help the oil and gas industry comply with regulations and operate safely. With a great team of engaged colleagues, Rich helped grow AI from start-up to middle market through organic growth and multiple acquisitions. Along the way, Rich became passionate about positive business practices that create thriving organizations. He transitioned out of the role of operating CEO in 2020 and remains a resource to his successor and the team as co-Chairperson of the board and part-time consultant.

Rich is an advisor and Executive in Residence at the Center for Positive Organizations at the Michigan Ross School of Business. He is an advisor to the Dean of the College of Engineering at Virginia Tech. He is on the board of Origin Materials, a Sacramento-based start-up working on the world’s first 100% bio-based plastic bottle. From 2003-15, he was a member of the board of directors of Creative Action, an Austin nonprofit organization delivering interactive theatre programs to youth in Central Texas, where he was President, Treasurer and chaired its first capital campaign. Rich is past President and Finance chair of the Austin chapter of Young Entrepreneurs’ Organization. He is former board member of the NACE Foundation. He was formerly on the board of Garrison Brothers, the first legal bourbon distillery in Texas and maker of the finest bourbon on the planet. Rich is Managing Director of Rolling8 which serves as both a vehicle for his consulting practice around thriving organizations and as a family philanthropic fund. Rich is on the advisory of the Austin Together Fund which encourages collaborations among nonprofits in Central Texas. Rich is also on the family council and investment committee of a family office.

Rich received a BS in Chemical Engineering from Virginia Polytechnic Institute in 1985. Over the next six years, Rich worked as a development engineer with Borg Warner and General Electric in West Virginia, France, The Netherlands and Kentucky. In 1993, Rich received an MBA from the University of Michigan and began working for FMC in Philadelphia, where he met his wife Anne. Rich loves to spend time with Anne and daughters Marina and Samantha, especially if it involves good food, travel, music, comedy, golf, biking, hiking or pretty much any other game or sport you can come up with. Rich and Anne have lived in Austin, Texas since 1995.

Learn more about our Executives in Residence.