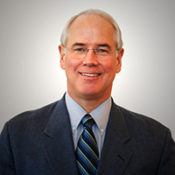 Roger Newton has worked for over thirty years in the pharmaceutical and biotech life sciences industries. He is currently Executive Chairman and CSO, and most recently, Founder, President/CEO, and Director of Esperion Therapeutics, Inc., which has its business offices in Ann Arbor, MI and its laboratories in the Michigan Life Science and Innovation Center in Plymouth, MI.

Prior to these appointments, he was Senior Vice President, Pfizer Global R&D, and Director, Esperion Therapeutics, a Pfizer, Inc. company. He was co-founder, President/CEO of the original Esperion founded in July 1998. Under his leadership and the team’s effort, Esperion raised more than $200 million in venture capital and equity financing, building a portfolio of mechanism-based biopharmaceuticals focusing on HDL therapy and small molecule lipid regulating agents.

Esperion was acquired by Pfizer for $1.3 billion in February 2004 (13x cash on cash return) and operated as a separate unit within Pfizer until its closure in May 2007. Pfizer then divested Esperion in May 2008 and Newton restarted the company as an independent enterprise. During the past six years, Newton and the Esperion Team has raised over $200 million in venture capital and equity financing to develop ETC-1002 from preclinical to Phase 2B clinical development. ETC-1002 is a novel LDL-cholesterol lowering drug and is the only oral therapy currently in development, which lowers LDL-cholesterol by 30-40% without an increased risk of muscle pain and weakness.

Prior to founding the original Esperion, Newton was with Warner Lambert/Parke-Davis from 1981-1998. As a Distinguished Research Fellow and Chairman of the Atherosclerosis Drug Discovery Team, he co-discovered and was the product champion of what is now the largest selling and most prescribed cholesterol-reducing drug in the world, atorvastatin (Lipitor®).

Newton’s research interests for the past forty years have focused on the nutritional and pharmacological regulation of cholesterol and lipoprotein metabolism as they relate to cardio-metabolic disease, atherosclerosis, and vascular disease. He is an Adjunct Associate Professor in the Department of Pharmacology at the University of Michigan Medical School. He has co-authored nearly one hundred peer-reviewed articles and chapters during his research career.

Newton is a member of the Board of Directors of Juventas Therapeutics, Rubicon Genomics, Ann Arbor Spark, and the Michigan Land Use Institute. He is a member of the National Advisory Boards of the University of Michigan Cardiovascular Center and University of Michigan Life Sciences Institute. Newton also participates on the Technology Advisory Boards of Arboretum Ventures, FirstSense Medical, Lipid Genomics, and the Personalized Lifestyle Medicine Institute.

Learn more about our Executives in Residence.