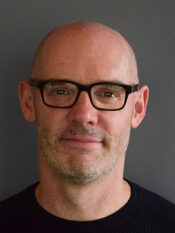 Free and open to the public

Evidence demonstrates both the Wisdom of Crowds (Collective Intelligence) and the Madness of Crowds (Group Think) in collective forecasts. Forecasts underpin most decisions; good decisions, therefore, require good forecasts. In this talk, Scott Page discusses the phenomena of wise and mad crowds in the context of forecasts, demonstrates the logic of how diversity can produce accurate collective forecasts (the wisdom of crowds), and the necessity of (1) a positive culture where people feel comfortable sharing ideas, clarifying logic, and facts and (2) a process that facilitates collective knowledge production for both good decisions and acceptance of those decisions. Scott concludes with a discussion of differing perspectives on using technology to enable anonymous participation.

Scott E. Page’s research focuses on the function of diversity in complex social systems, the potential for collective intelligence, and the design of institutions for meeting the challenges of a complex world.

A recipient of a Guggenheim Fellowship, a fellowship at the Center for Advanced Studies in the Behavioral Sciences at Stanford, Scott was elected a fellow of the American Academy of Arts and Sciences in 2011, and in 2019, he was awarded a Distinguished University Professorship from the University of Michigan, the university’s highest academic honor. He is a member of the Science Board at the Santa Fe Institute

He is the author of more than one hundred research papers in a variety of fields including: game theory, economics, political theory, formal political science, sociology, psychology, philosophy, physics, public health, geography, computer science, and management. In 2021, he helped to launch and now edits the Journal of Collective Intelligence.

His fifth book, The Model Thinker, was published by Basic Books in November 2018, and has been an Amazon Best Seller in more than ten categories and is being translated into five languages. His previous books include, the Axios award winning, The Diversity Bonus, published in September 2017 with Princeton University Press and the Mellon Foundation, The Difference: How the Power of Diversity Creates Better Groups, Firms, Schools, and Societies (2008), and Complex Adaptive Social Systems (2009).

Scott has filmed two video series for The Great Courses and his online course Model Thinking has attracted over a million participants. A frequent public speaker, Scott has presented to the CIA, NASA, Bloomberg, Google, Boeing, the IMF, Genentech, Gilead, and AT Kearney. Scott has also been a featured speaker at The New York Times New Work Summit, Google Re:Work, The World Economic Forum – Davos, and The Aspen Ideas Festival. Scott has consulted with the Federal Reserve System, the White House office of Personnel, Yahoo! Ford, DARPA, Procter and Gamble, BlackRock, and AB InBev.

Additionally, we thank Ann Arbor SPARK and the Managerial and Organizational Cognition (MOC) Division of the Academy of Management for their Positive Links Speaker Series promotional partnerships.