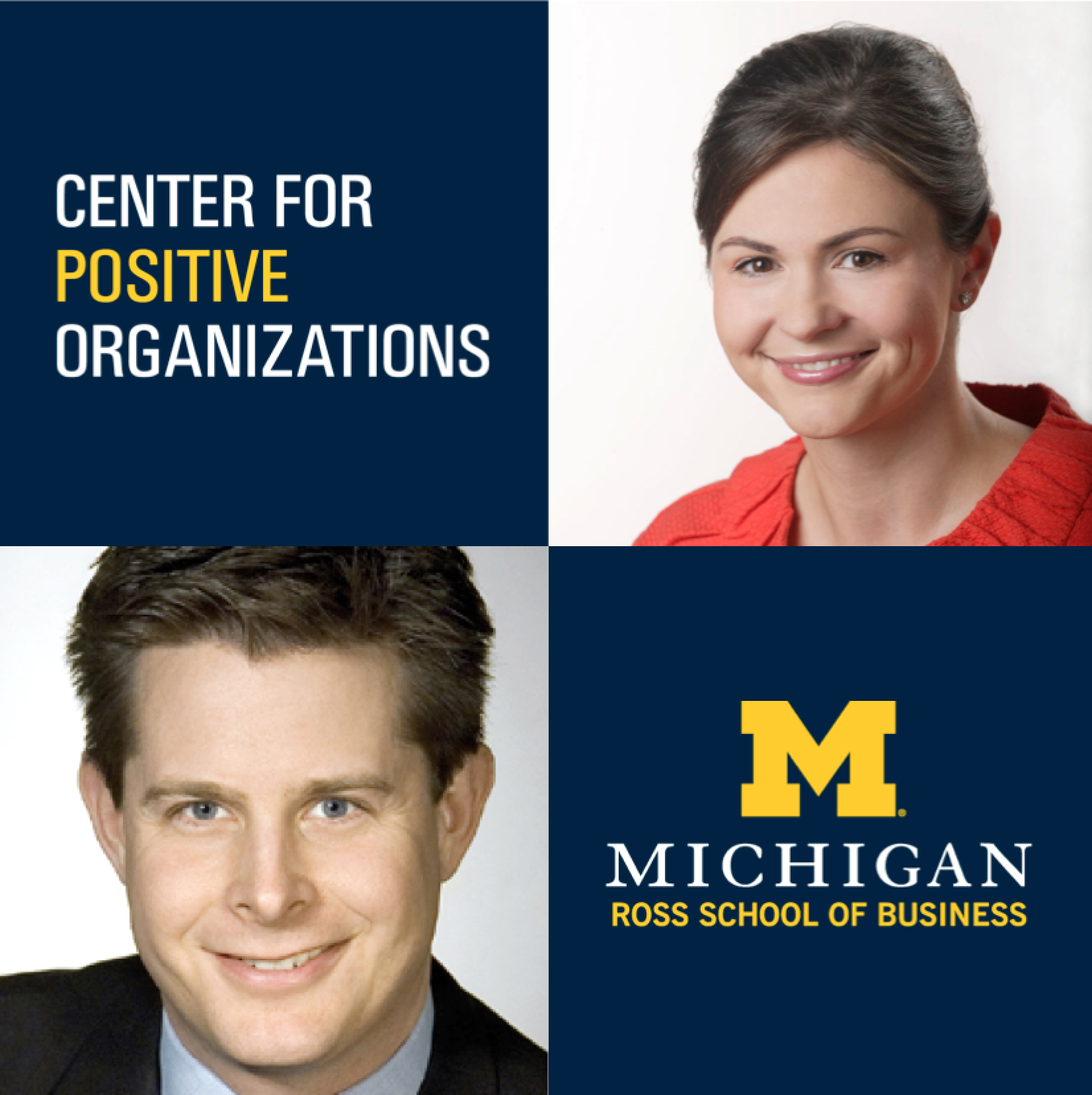 The Positive Links Speaker Series 2014-15 season features contributing authors of How To Be a Positive Leader: Small Actions, Big Impact.

Positive leaders are able to dramatically expand their people’s—and their own—capacity for excellence. And they accomplish this without enormous resources or huge heroic gestures. Leading scholars describe how this is being done at organizations such as Wells Fargo, Ford, Kelly Services, Burt’s Bees, Connecticut’s Griffin Hospital, the Michigan-based Zingerman’s Community of Businesses, and many others. Like the butterfly in Brazil whose flapping wings create a typhoon in Texas, you can create profound positive change in your organization through simple actions and attitude shifts. Please join us to learn how.

Oana Branzei is Associate Professor of Strategy at the Richard Ivey School of Business, Western University and Visiting Professor with the Michigan Ross Center for Positive Organizations. Oana holds a doctorate from the Sauder School of Business, University of British Columbia and an MBA from the University of Nebraska. Her academic projects explore the pro-social functions and positive impact of business, from social enterprises and social change initiatives to cross-sector innovation and community eco-systems. Her first edited book was published by Emerald in 2011.

Neil Hetherington began his career in project management at Tridel Construction, Canada’s largest condominium developer. In September 2000, he made a career change by joining Habitat for Humanity Toronto; at the time as the youngest CEO of a Habitat affiliate in the world. During his tenure, Habitat for Humanity Toronto accelerated its building program from an average of 1 home every two years to 45 annually. The Habitat Toronto ReStore operations increased revenue by over twelve times.

Until his resignation in late 2014 Neil has been the CEO of Habitat for Humanity New York City where he lead Habitat’s hurricane Sandy rebuilding efforts, hosted the Carter Work Project and its new strategic plan including the the opening of its first ReStore and approval for the largest Habitat high rise development in North America.

He can be seen regularly happiest on the construction site building with Habitat for Humanity locally and internationally having served in over dozen countries.

Neil was named one of Canada’s Top 40 under 40 in 2005. He has received the distinguished alumni of the year awards from each of Huron University, Royal Saint George’s College, Western University and Seneca College. He was awarded Queen Elizabeth’s Golden and Diamond Jubilee medals in 2002 and 2012.

Neil is the grandson of the late General Arnold Brown, the international Leader of The Salvation Army. He is an active pilot and sailor. He enjoys furniture making and in his spare time plays tennis terribly, snowboards poorly and bikes slowly.

The Center for Positive Organizations thanks Diane and Paul Jones (Ross School of Business MBA 1975), for their generous gift in support of the 2014-2015 Positive Links Speaker Series.