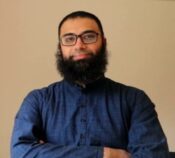 This event is for invited researchers only.

Humanizing Microfinance: A Mixed Methods Study of the Role of Dignity, Selflessness, and Sanctification in Transforming the Lives of Low-Income Entrepreneurs in Pakistan

Millions of people around the world live under conditions of poverty and financial vulnerability. Organizations have played a key role in the fight against poverty. One of the most promising interventions for poverty alleviation was microfinance. Despite economic theory which indicates that microfinance should be a powerful intervention for improving lives of poor individuals, the most rigorous evidence to date indicates that microfinance has not been the silver bullet that everyone hoped it would be. In my dissertation, I sought to explore why that was the case. For this research, I focused on Akhuwat, Pakistan’s largest microfinance organization. Akhuwat charges zero interest on its loan and its mission is, “A poverty free society built on the principles of compassion and equity”. In Study 1, I conducted 42 interviews with Akhuwat borrowers and key stakeholders. I also observed Akhuwat’s employees’ interactions with the borrowers in their branch offices and during the loan disbursement ceremonies. Moreover, I visited borrowers’ places of work to better situate myself in the sociocultural realities in which they were embedded. Finally, I was able to draw on archival data from Akhuwat including internal company documents and video documentaries. Drawing on this rich data, I built a theoretical model describing the role of dignity, selflessness, and sanctity in forming relationships between Akhuwat and its borrowers, which enable these borrowers to make progress out of poverty. In Study 2, I am currently conducting a field experiment with a sample of 300 Akhuwat borrowers to test the model that I developed in Study 1. In this experiment, I randomly assigned borrowers to either a baseline control condition or the treatment condition. In the treatment condition, borrowers received the loan in a place of religious sanctity (mosque). In addition, Akhuwat’s staff members will have monthly interactions with borrowers, with these nteractions characterized by dignity and respect. I have completed the baseline data collection and will conduct a second and third waves of data collections in October 2022 and March 2023, respectively. In Study 3, I am conducting a multi-wave and multi-source survey study on a sample of 500 Akhuwat borrowers, and plan to complete the data collection by the end of August 2022. This studyhas the potential to change the landscape of the microfinance industry in Pakistan and other developing countries and has important implications for how organizations conceptualize helping the poor.

Research is the heart of Positive Organizational Scholarship (POS), and we want to make sure that we support each other in developing high quality research. To that end, we created the Adderley Positive Research Incubator for sharing and encouraging POS-related research ideas that are at various stages of development.