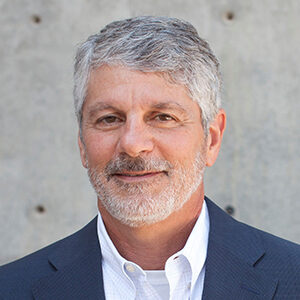 When Rich Smalling stepped down from his position as CEO of a company that he led for 25 years, he resisted the word “retirement” and began to contemplate his next step. During his years leading American Innovations, which provides services to help the oil and gas industry comply with regulations and operate safely, he realized he had a lot to learn about leadership and how to fully engage the workforce. He decided to write a book about his journey toward positive leadership and creating a thriving organization. Practically Positive is written as a note to his younger self about what he wishes he knew when he became responsible for leading an organization.

The book offers a host of practical tools, backed by research, that can be used to increase thriving through positive leadership. Smalling defines leaders as “anyone that has taken the responsibility to look after others” so the book is applicable for individuals, small groups, organizations, and even families.

Servant Leadership is a term coined by Robert K. Greenleaf fifty years ago and a positive practice that formed the foundation of Smalling’s beliefs about good leadership. Servant Leadership advocates for guiding and serving the people you lead rather than trying to tell everyone what to do. Many leaders struggle with the concept initially because it is so different from common practice. Involving all team members in decision making and fully engaging everyone in the organization drives more innovation, develops people, builds mutual respect, and is less stressful than trying to be all powerful and all knowing. Leadership should not be about power. Smalling says, “climbing on the pedestal of power is the beginning of our fall from grace” as leaders.

Smalling graduated from the University of Michigan School of Business in 1993. He became aware of the Center for Positive Organizations (CPO) almost 19 years into his tenure as CEO during a 2013 alumni outreach effort in Texas. In 2015, he began sharing his time and talents with CPO as an advisor to the Managing Director for over two years. In 2020, he began serving as an Executive in Residence with CPO. At CPO, “I found all of these people researching all of these things that I was trying to do in the real world,” he said. “Almost every chapter in the book has something I learned either indirectly or directly from CPO.”

One example that’s in the book is a conversation he had with CPO co-founder, Kim S. Cameron. Cameron had mentioned research showing that when the manager met with employees one on one at least once a month, performance of the entire group went up and it dropped when they stopped doing it. The traditional approach is meetings driven by the manager to ensure employees are doing their job and to get updates on projects, Smalling explained. The practice of 121 Check-ins asks employees to set the agenda and establish a partnership with their manager. Focusing on employee goals and development together broke down the barriers between the manager and the employee. Managers should be an employee’s most valuable resource, “a partner instead of an obstacle to be avoided.”

Smalling’s book also emphasizes the importance of having a higher purpose – an ingredient for a workplace that he says has almost become “the price of admission” for young people deciding whether to work for a company. Purpose can be a big motivator, he said. “We are motivated to work toward something that is valuable to society and people.” Smalling recalls kicking off an annual customer meeting shortly after his team had established its current purpose statement. As he began his speech, he noticed a client slouched in his seat and looking decidedly uninterested. Smalling explained that if they don’t do their jobs well, the result can be extensive environmental damage, accidents, and even death. As he related the importance of this work, Smalling saw the client sit up straighter in his seat, and really focus on the content, moved by his role in preventing disasters.

One practice Smalling champions in his book is for businesses to create a “Culture Council,” an advisory group made up of individuals with diverse perspectives – including those who challenge management. Having a group of people who aren’t managers but are treated with the same respect as board members “is a visible and tangible symbol that I’m here to serve the team, not to have the team serve me,” he said.

Another component of the book is the use of reflections that provide an honest self-appraisal as an alternative to the often-dreaded performance review. Smalling believes this is a better way to empower employees. He explains that the typical situation where a manager appraises their employee to decide on compensation isn’t effective, since the manager isn’t with the employee all the time and doesn’t have a complete picture of what they do. That structure creates a situation where employees won’t admit failure, “and if you’re not assessing your failures, it’s very hard to learn.” Instead, he said, an appraisal should be driven by the employee assessing themselves. That helps to create a learning environment where “it’s not forbidden to fail.”

He also advocates in the book for visioning — which involves assessing where you are, where you’ve been and your objectives for the future – whether it’s near or long-term goals. “If you’re just wandering around waiting to see where life will take you, then you’re probably going to end up wherever life decides to put you,” he said.

Smalling’s ultimate goal for the book is to create more thriving in the world. “We could all use a little more of that, especially these days,” he said.