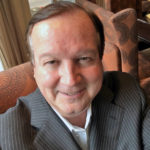 The National Academy of Construction has elected Ron May, a retired executive from DTE Energy, headquartered in Detroit, MI, as a member of its class of 2020. His induction occurred on October 29 during the NAC annual meeting, which was held online.

During the induction ceremony, NAC cited May as an “innovator, change agent, teacher, mentor, and leader in technology and business with extraordinary contributions to lifelong education and knowledge sharing.”

Wayne Crew, General Secretary of the Academy said, “The 2020 class undoubtedly strengthens the Academy membership. Their career achievements, collectively, broaden NAC’s wealth of experience. We’re honored that the entire class of 2020 is now part of our NAC membership.”

Election criteria for NAC include leadership, exceptional service, a continued commitment to making a contribution, past recognition by peers for innovation, and being recognized as “best of the best.”

May began his career building electric generation facilities and retrofitting older facilities with environmental equipment. He moved to a construction project management firm, which led to building and modification support for a nuclear power plant. He progressed to executive leadership of electric transmission and distribution systems and then to corporate leadership. He is a prolific author and has a pending publication of his novel, Black Blue Water, which has leadership principles embedded. He has been involved with both the University of Michigan and Oakland University engineering advisory boards. He has a wealth of experience on nonprofit boards and professional affiliations. He is a Lean Six Sigma Black Belt, a Project Management Institute Project Management Professional, and holds a real estate license in Michigan. May has received numerous awards, including the Distinguished Leader Award from the University of Michigan-Dearborn.

The National Academy of Construction, established in 1999, is an organization of industry leaders that recognizes those who have made outstanding, life-long contributions to the design and construction industry. For more information on this press release, contact Rusty Haggard at 512/557-7672 or email rhaggard99@gmail.com.