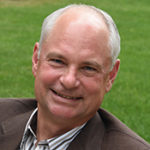 Malcolm Gladwell is a brilliant writer, captivating speaker, and a phenomenal storyteller. His career accomplishments speak for themselves. His masterful ability to sew together interesting research with real life stories make him a household name and make his work highly impactful.

On September 13th, he spoke to the University of Michigan community at Hill Auditorium on the theme of entrepreneurship. He walked through a series of stories – curing leukemia, developing the Macintosh, and selling furniture in a box at IKEA – placing emphasis on social risk taking instead of the more often discussed operational risk taking of entrepreneurs.

As evidence, he described a 50% drop in inner-city homicides and a 50% drop in teen pregnancy in the past generation. In a half of a generation, gay marriage went from “no way” to the law of the land. None of these significant changes have been able to be explained. In short, the world changes. We need to change with it.

Entrepreneurs are open. A synonym for this is creative. Clearly, curing leukemia, making the mouse and graphical user interface a reality and moving manufacturing operations to Poland in 1961 because “furniture in a box” was banned in Sweden were all highly creative. Creativity is a must.

Entrepreneurs are conscientious. This means discipline and focus are mandatory. Entrepreneurs follow through. There is no doubt entrepreneurs have intense drive and determination. They wake up every morning knowing they are pursuing a passion. It doesn’t end at 5 p.m. each day.

Gladwell’s third key characteristic was that entrepreneurs are disagreeable. He qualified this word with the following paraphrased technically correct definition: disagreeable people follow through even in the face of social disapproval… generally, people are hardwired for the need for approval of their peers. He is right. Entrepreneurs need to go against the grain. They need resilience to see their ideas through, even in the face of negativity and disbelief by others.

That said, the word “disagreeable” does not seem to be the best descriptor of entrepreneurial characteristics (does that make me disagreeable?). In my career, I have acted entrepreneurially and studied the characteristics of many successful entrepreneurs. The words “courageous,” “confident,” and “unafraid” all come to mind. Entrepreneurs are intensely positive people. They believe they can solve whatever problems the world throws their way, adapt, and succeed.

“Disagreeable” conjures up images of Steve Jobs – so well described in books, movies, and documentaries. Can you be both positive – in a Positive Organizational Scholarship (POS) point of view – and disagreeable? Or, do you need to be the crass, uncaring, disagreeable person that pops into our minds when we look at the behavior of some highly successful entrepreneurs? Clearly, you can use POS and be an entrepreneur.

At the end of the presentation, students asked incredibly insightful questions. The final question, posed by a female undergraduate senior, went along these lines: All of the entrepreneurs in your examples are men. As a woman, social norms bias behavior away from being disagreeable. Given how few women are entrepreneurs, how do we solve this? Good question.

The response was around acceptance – the same behavior should be accepted in women as it is in men without the highly negative adjectives that normally surround women acting in this way. To that I would add: Should men act disagreeably? Is there another way?

If the colloquial definition of “disagreeable” is used rather than the technical definition, the answer becomes much more clear. As an entrepreneur, wouldn’t you want your team to embrace your passion? Being disagreeable with your team does not engender trust. It does not show compassion or empathy. It does not create loyalty. World-class research by U-M and non-UM scholars has shown positive characteristics drive improved performance.

As a result, I would reframe the answer. That is, male or female, if the entrepreneur has passion for an idea, treats her employees with respect, and shows the courageous, confident leadership ability to solve complex problems that arise in making the idea a reality, then the entrepreneur has unleashed the full latent power of the entire team and raised the odds of success. You don’t need to be disagreeable. Entrepreneurs need to pursue their passion in the face of negativity and not seek peer approval – as Malcolm’s technical definition states. This can be done and should be done using POS.

In the June 2016 issue of The Atlantic, Dan McAdams, professor of psychology at Northwestern University, described the five continuums that psychologists use to characterize people. Openness, agreeableness, and conscientiousness are three of the five characteristics. Malcolm Gladwell elaborated on these and their application to entrepreneurs.

The two that Gladwell did not address are introversion/extroversion and neuroticism. I believe this is because entrepreneurs can be introvert or extroverts. It is not a defining characteristic. Though the three cases he addressed all exemplified extroverted behavior, Gladwell did not address that many extroverts have failed and many introverts have succeeded as entrepreneurs. Neuroticism clearly does not match entrepreneurial behavior – anxiety, depressive tendencies, negative emotion, and emotional instability. In fact, the opposite end of the continuum is exactly what is needed as an entrepreneur – positivity, emotional stability, and the ability to act in the face of negativity.

We need more POS in business. As inspiring as Malcolm’s discussion was, I left concerned that “disagreeable” was left with the colloquial definition rather than his technical definition – leading some students to misunderstand the true meaning of highly successful characteristics of entrepreneurs. Entrepreneurs should be positive. They need the full talent of every employee that joins their journey. They need to lead by example. They should embrace the principles of POS.

As you work day in and day out, are you assessing the changing world every day?

Are you getting the most out of your team?

Are you living POS?

David Drews, the founder and CEO of Justus Equity, LLC, is an Executive in Residence at the Center for Positive Organizations.