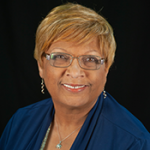 The Center for Positive Organizations (CPO) has announced that Laurita Thomas, who retired in 2019 from the University of Michigan after 47 years—most recently as the associate vice president of Human Resources—will serve as its newest executive in residence.

CPO strives to build a better world through the science and practice of thriving organizations. Its Executives in Residence program is a two-year commitment where leaders unify their successful business backgrounds with CPO’s research, teaching, and organizational partnerships.

Thomas was responsible for human resource policy for all U-M campuses, as well as 350 staff members, a budget of $38 million, and a benefit plan of $1 billion. She received the 2018 Distinguished Service Award from the College and University Professional Association for Human Resources, was president of the American Research Universities Human Resources Institute, and has supported various civic, nonprofit, and professional organizations.

“I’m excited to learn more and participate in further dissemination of the scholarship of CPO in the world that we study, we live in, and we discover together in,” Thomas says. 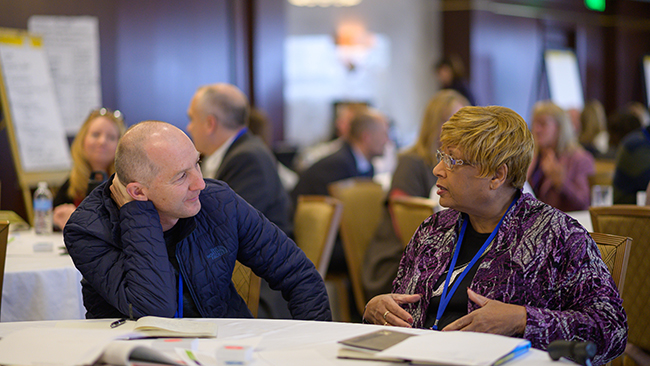 Thomas grew up during the height of the civil rights movement, in a family committed to the idea that education could provide a brighter future. She was the first person in her family to attend the University of Michigan and remains grateful to her community for supporting her dreams. After a brief stint in the banking industry, Thomas returned to work at the U-M, where she experienced her greatest career successes and one significant failure that became a powerful lesson.

During her time working as assistant to the chief human resources officer for U-M’s health system in the 1990s, Thomas spearheaded a project to launch a digital application process. Unfortunately, the university was not prepared for the change when it was rolled out and the system had to be turned off. Walking into her boss’s office, Thomas was prepared to be fired.

“My boss said, ‘I just spent all this money so you could learn how to manage change. Why would I let you go? Here’s a bonus.’ He gave me a bonus for taking a huge risk and learning what you have to do to make a new system work. So we ended up with an electronic application system about 10 years later,” Thomas says. “I learned from him there are no failures. There are lessons learned and you will apply those.”

Thomas walked out of the experience determined to become the most effective change manager the university had ever seen.

She and her boss initiated conversations with Ross about how they could apply Positive Organizational Scholarship principles to strengthen teams within the health care system. The cross-campus synergy gave Thomas opportunities to learn from and collaborate with POS scholars Jane Dutton, Robert E. Quinn, Kim S. Cameron, Wayne Baker, and others.

When she was selected to help lead the university’s HR department in 2004, Thomas was determined to build community on campus. She saw an influence system where faculty were on top, students came next, and staff were largely invisible. Given the staff-to-faculty ratio at the time was nearly 5:1, she saw a huge amount of untapped performance potential among staff who didn’t believe their voices mattered.

So, she created a campuswide employee engagement program known as Voices of the Staff. As part of the Voices pilot, Thomas and CPO researchers conducted surveys and focus groups on what the staff was most interested in, what issues they were struggling with, and what mattered to them at work.

“I had people come up to me and say, ‘Laurita, I’ve never been asked for what I thought about anything and I’ve worked here for 30 years,’” Thomas says.

The ongoing success of Voices is proof positive that hearing every voice in an organization matters.

‘An incredible time of change’

Thomas says that, as a CPO executive in residence, she’ll apply the lessons she’s learned throughout her career to demonstrate the value of higher education in solving real world problems. She’ll also bring fresh perspectives, as the first woman, first person of color, and first nonprofit leader among the CPO executives in residence cohort.

“I saw an opportunity to expand application of the work that we believe in, the theory that we believe in, and apply it in managing change, which I’ve come to learn how to do well with the core principles of Positive Organizational Scholarship,” Thomas says.

She’ll share insights on the following topics, among others, with CPO’s team of researchers, leaders, students, teachers, and staff:

“This is an incredible time of change because most of the managers and directors are baby boomers and come from an environment of autocracy. The current workforce just is not responsive to dictators or autocrats. So, learning how to influence the generation that’s entering first and second level management, it’s an incredible opportunity,” Thomas says.