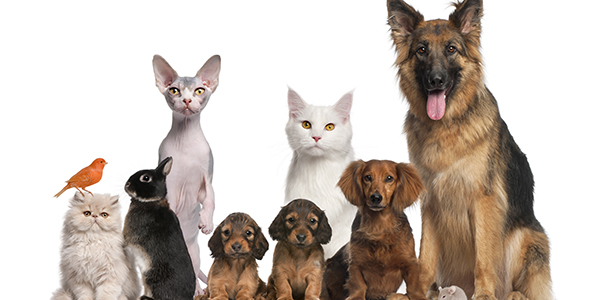 What do Mark Zuckerberg and Jeff Bezos share in common? How about Mahatma Gandhi and Martin Luther King Jr.? Barack Obama and Ronald Reagan? Queen Elizabeth II and Angela Merkel? Mikhail Gorbachev and Deng Xiaoping? Most of these pairings have pretty obvious similarities. But what connects all 10 individuals? You’d be correct if you said they have all been Time Magazine’s Person of the Year, but that’s not actually the answer that interests me most. The most important commonality to me is that despite their different beliefs, geographic locations, politics, races, ethnicities, genders, occupations, etc., all of them share DNA that is 99.9 percent identical, according to the Human Genome Project.

Let’s step away from that idea for a moment.

If you have a pet, chances are good that you consider them to be part of your family. Eighty-six percent of people polled by the Associated Press in conjunction with Petside.com consider their pet to be a part of their family. And even though some pets look like their owners to a surprising degree, dogs share only 84 percent similar DNA with their human owners, according to National Geographic. I’ll admit, I was surprised our genetic similarity to dogs is that high. And perhaps the reason my son doesn’t like raisins is that we’re only 24 percent genetically similar to grapes. But I digress…we’re 84 percent genetically similar to our pets, and 86 percent of us view our pets as family. Sounds like a pretty strong correlation, right?

Let’s move on to another topic.

Did you know that researchers identified 24 traits that are almost universally recognized as character strengths and virtues across time, location, and culture? Chris Peterson of the University of Michigan, and Martin Seligman of the University of Pennsylvania, led the research to identify these strengths, published by the American Psychological Association and Oxford University Press. The full list of 24 character strengths and virtues, in alphabetical order, is as follows: Appreciation of Beauty and Excellence (aka Awe), Bravery, Creativity, Curiosity, Fairness, Forgiveness, Gratitude, Honesty, Hope, Humility, Humor, Judgment, Kindness, Leadership, Love, Love of Learning, Perseverance, Perspective, Prudence, Self-regulation, Social Intelligence, Spirituality, Teamwork, and Zest. Looks like a pretty great list to me. Even though I eat too much and am not great at self-regulation, I’m impressed and inspired by my friends who eat well and complete marathons or Ironman competitions. And although my son, with his zest for life, demonstrates more enthusiasm in a moment than I might in a week, I certainly recognize his energy as a strength. So these 24 virtues are almost universally respected, even if they’re unfortunately nowhere near universally practiced.

Why talk about people, pets, and virtue in the same breath? Because if 86 percent of people consider pets to be family with 84 percent genetic similarity, then 98 to 100 percent of people should consider all other people to be part of their family, given our 99.9 percent genetic similarity. Now, I know there can be family infighting at times, which might explain part of why we don’t always treat others as they wish to be treated. But that does not fully explain why we treat people poorer than we treat our pets. Despite our many differences with our pets, we spend time with them, we serve them, we love them, and we accept their love for us. Why can’t we do the same with people, whose differences are not nearly as great as the gap between people and pets?

Let us all commit to treat one another at least as well as we treat our pets. In fact, let’s do one better: let’s treat everyone with the basic human decency that recognizes that we’re all related, we’re all connected. Let’s let kindness, love, honesty, forgiveness, teamwork, prudence, hope and humility bridge our perceived gaps. If we allow them to, the similarities that bind us together can transcend any differences that may threaten to drive a wedge between us. We’re all family.

CPO contributor Ryan Gunderson’s research interests include organizational flourishing, positive leadership, strengths and virtues, post-traumatic growth, and social enterprise. Since attending the Positive Business Conference in May 2016, he has been working toward converting his avocation of inclusive flourishing into his vocation.