One nation under God 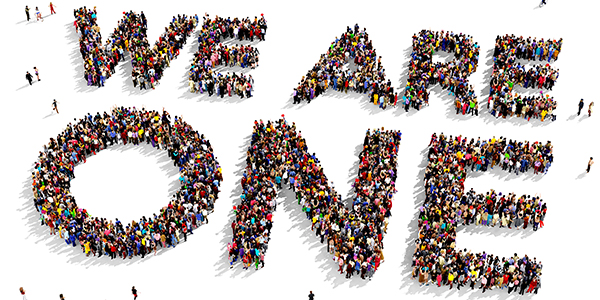 Catholic writer and community activist Dorothy Day called “good” a country that makes it easier for its people to be good.¹ She understood that a people are good when they respect the dignity of every person and especially the marginalized and downtrodden. Adopting this view of the good, she became the kind of leader who, along with Peter Maurin, could sponsor a national movement of Catholic workers and could found a network of soup kitchens and shelters for the homeless poor in New York City and neighboring areas. Quaker writer and business man Robert Greenleaf called “good” a leader who helps his/her followers grow as persons “to become healthier, wiser, freer, more autonomous, and more likely themselves to become servants.”² He understood that people grow by becoming servants to others for the good of all. Adopting this view of the good, he became the kind of leader who could inspire new generations of leaders, in business and out, better able to bring out the humanity and happiness of their charges. While these ideas of the good of a country and a leader have never been truer, it seems today that they have never been farther from our hearts.

Our thinking about the good of country and leader has been poisoned by a modern heresy; that of nihilism—the doctrine that all claims of truth or good (about countries, leaders, or anything else) are baseless because they have no ultimate authority. This heretical idea has overtaken us slowly and silently like an invisible and odorless toxic gas seeping up from the sewer. Centuries in the making, one of its first signs came in the rejection of final authority by the 19th century German philosopher Friedrich Nietzsche in the boast that “God is dead.”³ But for the longest time we in the United States refused to heed this idea. Since the 2016 Presidential election we can refuse it no more. For the first time in our nation’s history we voted between two major party candidates for whom it could be asked—albeit for very different reasons of party platform and personal character—if there is anymore today a final truth and good, if nihilism has taken its toll in our politics, and indeed if God might not really be dead.

For a country, for a leader, and for everything else, godlessness comes to no good—literally. If we deny God, we deny not only His good (which is the supreme infinite good of being itself, of love itself, and of transcendent truth, beauty, and good), we deny at the same time every other good. This conclusion follows from the way human goods are ordered to one another. A good is actually good to the extent that it serves and advances a good or goods greater than itself (i.e., its good is precisely its contribution to that greater good or goods). For example, physical exercise is actually good in the measure that it serves greater goods such as physical and mental health and does not serve evils such as time taken away from loved ones or physical injury. The same logic applies to countries and leaders; which are good to the extent that they serve greater goods (such as cultivating the mental, physical, social, and moral well-welfare of society) and do not serve evils (such by undermining such greater goods or by being self-aggrandizing). This question of the greater good of a good is to ask of every good in the hierarchy of human goods, all the way to that good which is final because it is the greatest. With this question we come to the two most fundamental principles of human ethics. The first is put well by C.S. Lewis who observes:

The second follows upon the first and is that there is but one answer to the question “What things are first?” and that is God. The greatest good of all is the One who is Good itself, the One who is love itself, and the One who was and is before everything else in creation. He is the one true final good because He is entirely and perfectly good unto Himself (and entirely and perfectly without evil). And for this He is the measure of our every good and the indispensable truth of our lives. With Him in mind we can choose our goods truly, according to whether and how they lead us to Him. Without Him in mind we cannot choose our goods truly but are bound to choose false or partial goods that can lead us instead to the dismal, chaotic, conflict-ridden values that we are perhaps now glimpsing in our leaders. Such is the fruit of our heretical God-forsaking nihilism, which may be our proverbial road to hell paved with good intentions.

How blessed it would be to again be a nation given to the true good of God! Then we could again love as He taught us to; by loving Him with our whole mind, heart, soul, and strength; and by loving our neighbor as our self. And in so doing, then we could again act for the common good (of the nation as a whole and of other communities of family, church, business, school, group, profession, or friendship) on His behalf. Whether this happens anytime soon, it is by God’s illimitable grace that it can happen, even against the depressing pull of our wayward nihilism. We can always choose God’s true good because He respects our freedom to choose as we will. And His true good is the one that we can always choose because it is always with us; God inscribed it indelibly upon our hearts even before we were born. His true good is the always present one that we know as conscience, even as we sometimes resist or even deny it. And His true good is the always present one that rang in our hearts at the outset of this essay with Dorothy Day and Robert Greenleaf. When we do finally find our way back to God’s true good, we will finally find our way back to our claim in the Pledge of Allegiance to be “one nation under God, indivisible and with justice for all.” That will be a joyful day indeed.

The message of this trying time for our country and its leaders is clear. To “Make America Great Again” (as one of our candidates boasted he could, singlehandedly), we must take every care, in everything we do, to serve the One who is actually and truly great; the One alone in whom our hearts can rest at peace. The consoling good news is that someday we will.