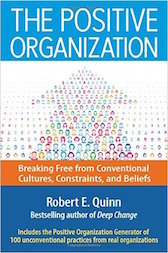 Creating a positive organization, where your people are engaged and exceeding expectations is not just a nice idea, it has the power to improve your bottom line by engaging your people. This book uses anecdotal evidence and research to illustrate how you can break free from constraints and see a world of positive options that will help you and your people to flourish and exceed expectations. 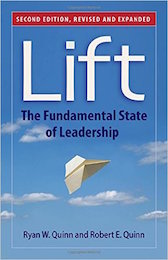 Just as the Wright Brothers combined science and practice to finally realize the dream of flight, Ryan and Robert Quinn combine research and personal experience to demonstrate how to reach a psychological state that lifts us and those around us to greater heights of achievement, integrity, openness, and empathy. The updated edition of this award-winning book—honored by Utah State University’s Huntsman School of Business, Benedictine University, and the LeadershipNow web site –includes two new chapters, one describing a learning process and social media platform the Quinns created to help people experience lift and the other sharing new insights into tapping into human potential. 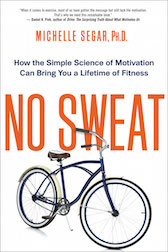 No Sweat: How the Simple Science of Motivation Can Bring You a Lifetime of Fitness

Do you secretly hate exercising? Struggle to stick with a program? Millions of people try and fail to stay fit. But what if “exercising” is the real problem, not you? No Sweat translates years of research on exercise and motivation into a simple four-point program that will empower you to break the cycle of exercise […] 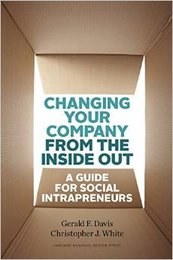 Changing Your Company from the Inside Out: A Guide for Social Intrapreneurs

Changing Your Company from the Inside Out offers you the tools you need to champion initiatives that are meaningful to you, socially responsible, and align with your company’s mission and strategy. Drawing on the lessons of dynamic social movements—from the Civil Rights Movement to the Arab Spring—and the real-world successes of corporate intrapreneurs, Davis and White present concrete strategies and tactics for effecting meaningful change in companies. This is an indispensable and practical guide for anyone seeking to create a sustainable venture within an existing enterprise.

This thoroughly updated book serves as the key source for understanding the Competing Values Framework, one of the most widely used and highly cited frameworks in the world. The authors, who have been at the foundation of developing, applying and studying this framework for over three decades, explain how it helps foster successful leadership, improve organizational effectiveness and promote value creation. 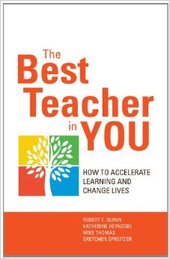 The Best Teacher in You: How to Accelerate Learning and Change Lives

This new book introduces seven remarkable teachers and their stories of learning and, ultimately, deep change. Designed to help all teachers bring out the best in themselves and their students, the book examines the ways in which highly effective teachers ignite the love of learning and change students’ lives. It introduces a framework that helps you understand what great teachers do and how to get better. Find several starting points, self-assessments, and other support resources that can be used independently and in collaboration with colleagues. This book will inspire you to begin your own journey to find…The Best Teacher in You. 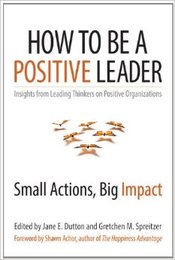 How to Be a Positive Leader: Small Actions, Big Impact

Some leaders are able to dramatically expand their people’s—and their own—capacity for excellence. And they accomplish this without enormous resources or huge heroic gestures. Like the butterfly in Brazil whose flapping wings create a typhoon in Texas, you can create profound positive change in your organization through simple actions and attitude shifts. This book shares what Jane Dutton, Gretchen Spreitzer, and their fellow authors have discovered after years of studying extraordinarily effective organizations. Each chapter features a real-world example from both well-known organizations such as Wells Fargo, Ford, Kelly Services, and Burt’s Bees to lesser-known ones such as Connecticut’s Griffin Hospital and the Michigan-based Zingerman’s community of businesses. Because positive leadership is based on simple, inexpensive actions, it provides a sustainable way to consistently bring out the best in people and organizations. It offers a vision of leadership that is not about richness of resources but richness of possibilities. 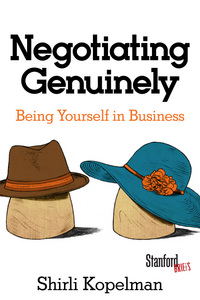 Negotiating Genuinely: Being Yourself in Business

We often assume that strategic negotiation requires us to wall off vulnerable parts of ourselves and act rationally to win. But, what if you could just be you in business? Taking a positive approach, this brief distills years of research, teaching, and coaching into an integrated framework for negotiating genuinely. One of the most fundamental […] 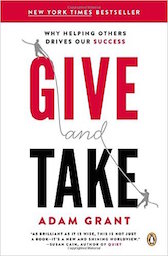 Named one of the best books of 2013 by Amazon, the Financial Times, and the Wall Street Journal- as well as one of Oprah’s riveting reads, Fortune’s must-read business books, and the Washington Post’s books every leader should read. For generations, we have focused on the individual drivers of success: passion, hard work, talent, and […] 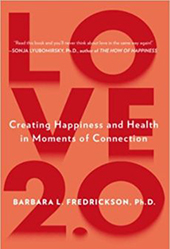 Love 2.0: Finding Happiness and Health in Moments of Connection

We all know love matters, but in this groundbreaking book positive emotions expert Barbara Fredrickson shows us how much. Even more than happiness and optimism, love holds the key to improving our mental and physical health as well as lengthening our lives. Using research from her own lab, Fredrickson redefines love not as a stable […] 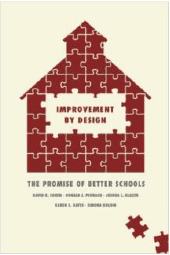 Improvement by Design: The Promise of Better Schools

One of the great challenges now facing education reformers in the United States is how to devise a consistent and intelligent framework for instruction that will work across the nation’s notoriously fragmented and politically conflicted school systems. Various programs have tried to do that, but only a few have succeeded. Improvement by Design looks at […]